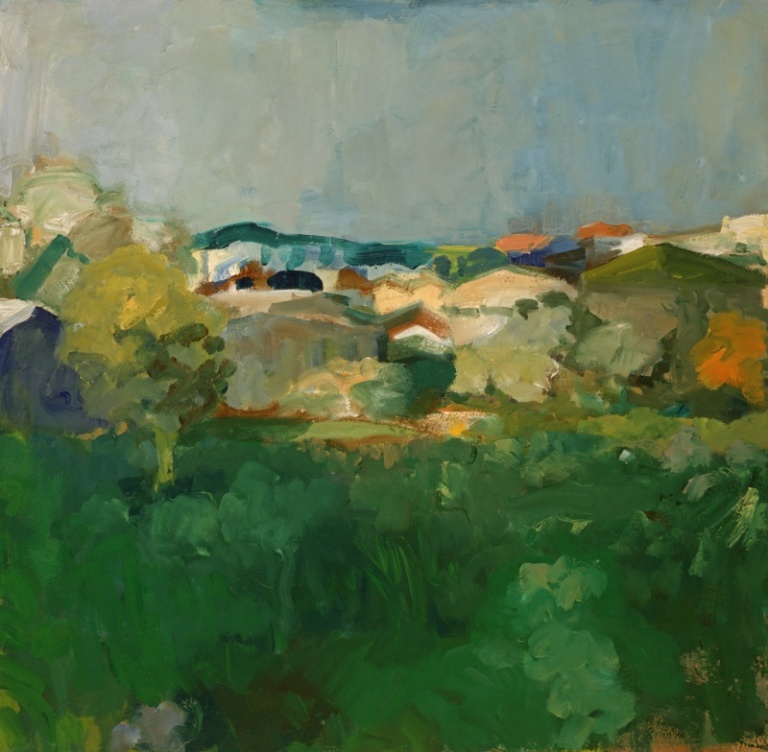 Bischoff went on to teach at the University of California, Berkeley. His most vibrant painting dates to the 1950s and ’60s, when the broad gestures of Abstract Expressionism gave form to Bay Area scenes such as this one of rooftops viewed from Berkeley.