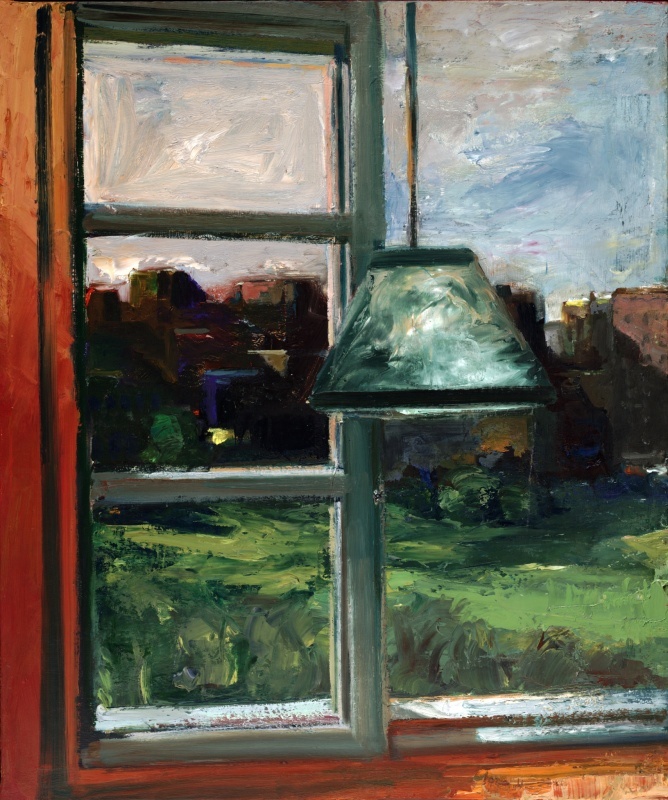 Bischoff went on to teach at the University of California, Berkeley. His most vibrant painting dates to the 1950s and ’60s, when the broad gestures of Abstract Expressionism gave form to Bay Area scenes. Green Lampshade, painted across the Bay, studies the contrast of artificial light with the constantly changing quality of San Francisco’s natural light.