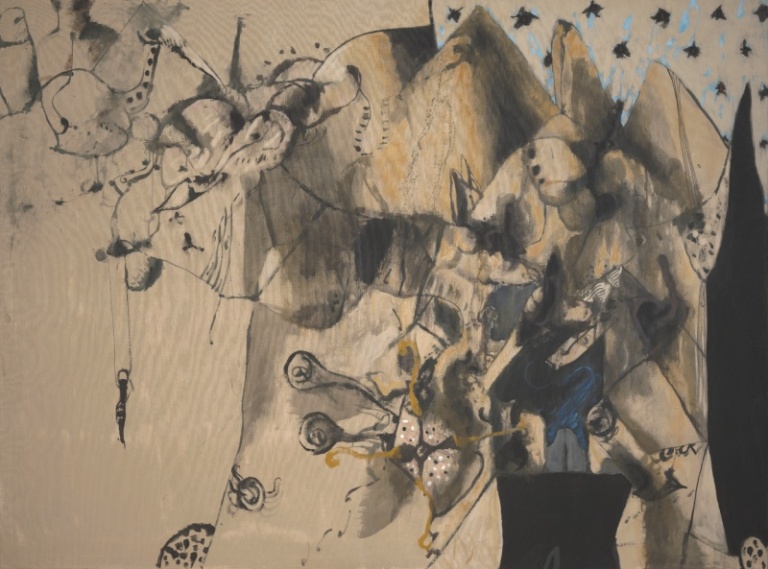 Fred Martin launched his career in San Francisco’s North Beach, exhibiting at the city’s avant-garde galleries such as the Six, Spatsa, and Dilexi, which prioritized artistic and personal exploration over identification with established artistic movements or financial success. This was a value system that Martin retained throughout his career, and he emphasized his personal ethic not only as a painter, but as a teacher and, from 1965 to 1975, as director of the San Francisco Art Institute. He later became dean of academic affairs.

Martin’s idiosyncratic expression distinguishes his work from many of the named artistic movements of the Bay Area following World War II, yet he was always at the thick of the scene as a student, exhibiting artist, and director of the West Coast’s most influential art school. He studied with Glenn Wessels and David Park, attended graduate school with Paul Wonner and William Theophilus Brown, and exhibited alongside Manuel Neri, Jay DeFeo, Hassel Smith, and Jess.

By the late 1960s, Martin had traveled widely, and — after years of exploring collage — began painting large canvases using acrylic paints. His travels inspired reflections such as Gold of the Caucasus, which refers to the mountain range that runs between the Black and Caspian Seas and that has been regarded throughout history as the dividing line between Asia and Europe. This was an attractive association for Martin, whose passion for Chinese philosophy, art, and calligraphy is evident here in black acrylic handled like ink in lyrical, but punctuated marks.