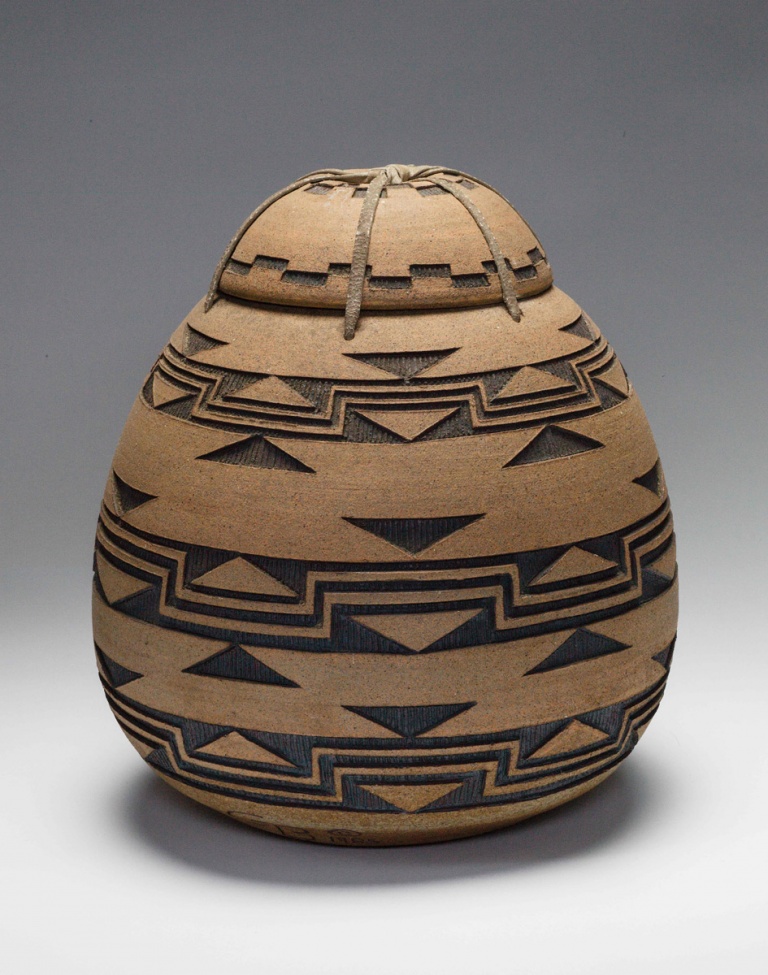 After a volatile youth and a three-year stint in the army, George Blake enrolled in the College of the Redwoods. He eventually transferred to the University of California, Davis, where he focused on ceramics and worked with Robert Arneson and Dale Chihuly. Blake continued his education by working with various tribal elders, including Homer Cooper and Dewey George.

Blake received a National Heritage Fellowship from the National Endowment for the Arts in 1991 for his revival of sinew-backed bows, redwood dugout canoes, elk-antler purses, ceremonial regalia, and other objects. He once remarked: "I wanted to do what the old people did.... I make elk antler purses, and make them as different as I want ... I mean, I could put elks on them, and all these other things and try to show skills an artist would. But I don't. I just like the way they were done a long time ago. And I just keep making them" (National Endowment for the Arts, 2019).

Although George Blake does not weave baskets with willow root and bear grass like his ancestors, he has created many works that extend the geometry of basket design to contemporary media like jewelry, painting and printmaking, and ceramics. Here, the ceramic vessel takes its form from a traditional Klamath River tobacco basket, used to store tobacco or trinkets, but expands to sculptural scale.