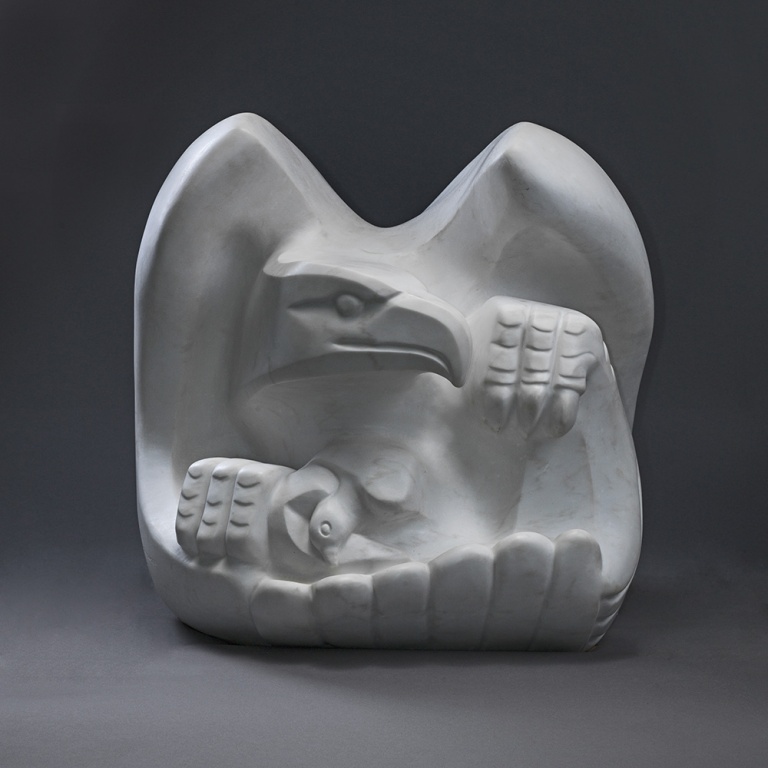 Internationally recognized for his iconic figurative and modernist sculptures featuring Native American people and themes, Allan Capron Haozous became known to the world as Allan Houser. He is widely considered the most influential Native American artist in modern times. With three decades as an art teacher and a legacy of articulating tradition through innovation, he still inspires artists to express their cultural heritage and individual experience with originality.

Houser began carving Force in 1978, reworking and completing the sculpture over a decade later. An archetype of power and predation, its form is stylized, and its sleek Carrara marble is virtually pristine. For many tribes, including Houser’s Chiricahua Apache, the eagle is a sacred creature representing virtues such as courage, strength, wisdom, and honor. Eagles play a major role in religious ceremonies, and eagle feathers are commonly used in rituals to carry prayers to the Creator. At the same time, the eagle is an iconic symbol of the United States government. Houser’s eagle grasps a small dove — a symbol of peace — within its massive, crushing talons. Though Houser was not known to be overtly political, the work’s title and visual language sharply evoke themes of conquest and subjugation.