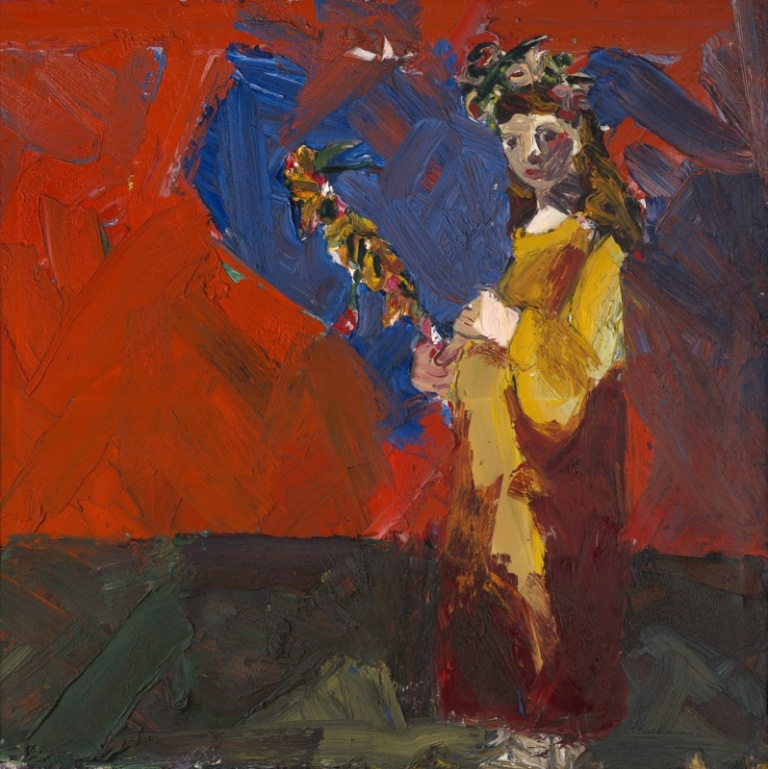 In 1961, Joan Brown looked to 17th-century masters such as Rembrandt van Rijn and Diego Velázquez, informing her own contemporary manner with the pathos and worldliness seemingly imbued in their art. This was a time of personal reflection for the artist and the beginning of one of her major themes.

Flora directly interprets Rembrandt’s paintings of the goddess of flowers as personified by his wife Saskia. Like Rembrandt’s Saskia, Brown’s Flora stands, flowers entwined in her hair, gazing tranquilly at the viewer. Yet the thickness of Brown’s paint is anything but tranquil, nearly an inch thick in places. The pigment is particularly dense in Flora’s distended belly, a portrait of things to come for the artist. The following year, Brown would marry Manuel Neri and in August, 1962, give birth to a son.