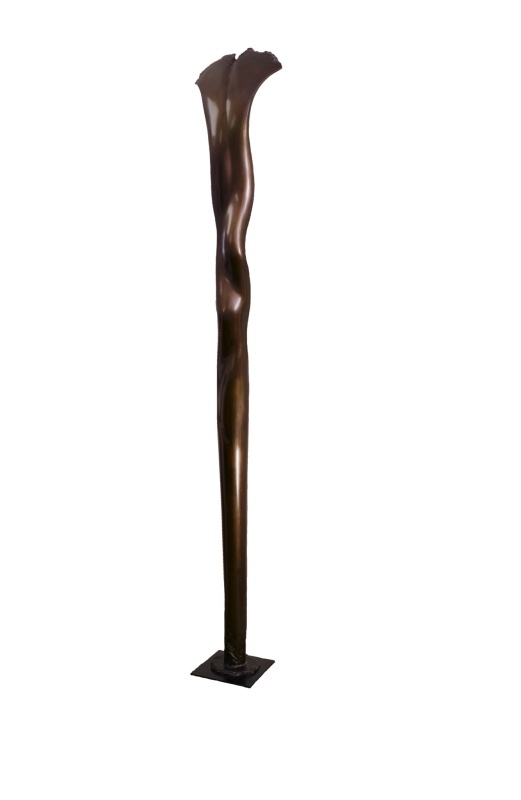 In 1954, Jack Zajac was awarded the Rome Prize of the American Academy in Rome, an arts scholarship for travel and study abroad. The artist was only 25 years old and a recent graduate of Scripps College in Claremont, California. Zajac’s succeeding years in Rome cemented his interest in the figurative vein of Modernist sculpture. In the early 1960s, he began experimenting with a series he called Falling Water. This became a major theme, which he has revisited throughout his career, resulting in more than 30 finished sculptures. Over time, Zajac’s forms evolved into slender, gravity-defying columns in marble and bronze.

The inspiration for the concept came during a winter nature walk in Connecticut, when the artist came upon a frozen river. Captured in one section of ice was what appeared to be the stilled eddies of converging currents, a remarkable find. In his Rome studio, Zajac began to work with clay and plaster, modeling forms in search of a convincing representation of moving water, but like that remarkable ice, permanently stilled. He decided upon the waterfall, one of nature’s most stirring phenomena. His approach reduced the movement to an elegant and twisting descent evocative of multiple currents melding into one.

Falling Water, Santa Cruz XX is the largest of the series and was executed in the artist’s Santa Cruz studio. Standing 13 feet in height, the bronze is finished to a mirror polish that gleams like water in the sun. Here, the rivulets are made even more seductive through the artist’s suggestion of a woman’s form.