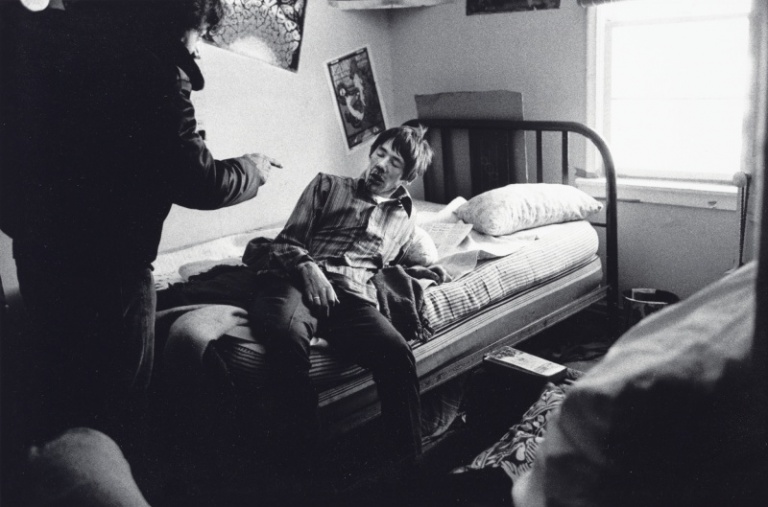 In 1963, Larry Clark instinctually brought the documentary impulse into uncharted territory. “I knew in some way that I was photographing things that were not supposed to be photographed. Forbidden things. It just happened to be things I was doing myself as an 18 year old.”(1) For nearly a decade Clark made exceedingly candid views of sex, drug use, and violence among a coterie of Midwestern teens. The black-and-white prints began to suggest a narrative, which Clark compiled, edited, and published in 1971 as the book Tulsa. Tulsa’s baldly honest photos were and remain shocking. Most affective was the artist’s use of the storyline style made popular by Life magazine photo essays. Clark’s point was clearly made: “All teenagers have a secret life, and it’s always darker than what their parents think.”(2)

Clark’s engagement with his subjects spared no one. The viewer can infer the artist’s own early compromised and dysfunctional teenage relationships from their alienation, hostility, and restlessness. Particularly charged with tension, Clark’s Everytime I See You Punk portrays aggression and the unsettling stupor of drug use, but it is also mitigated by the subjects’ youth, providing hope that they may outlast the vagaries of the teen years as Clark had done. About spending his career documenting the rebellion and self-destructive behavior of teens at society’s fringe, Clark says, “I’m always trying to get at the consequences of actions.”(3)