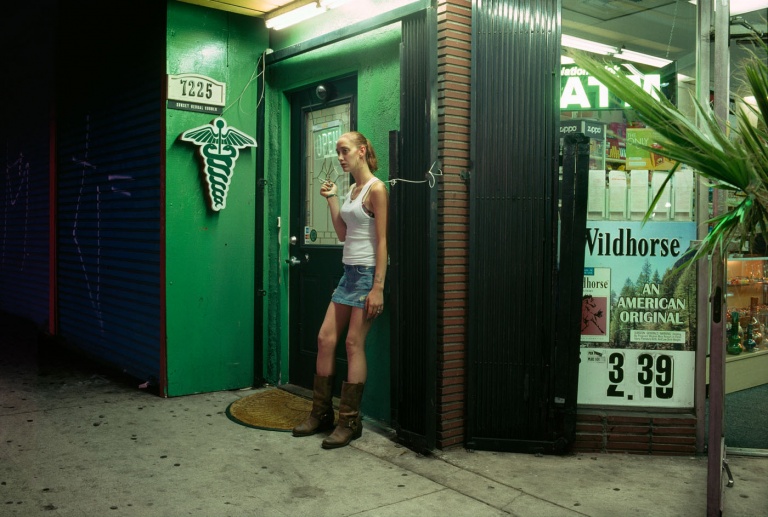 This photograph is part of French photographer Lise Sarfati’s series “On Hollywood,” which explores the lure and harsh realities of the city — especially for young women. Sarfati used her last rolls of Kodachrome 64 (the same film used for 1940s Hollywood movies) for this project. Sarfati notes:

"There are a lot of women who come to Hollywood to be famous and they cannot of course [all] become famous. They have to deal with their life and their jobs. . . . The idea was to take these women and to put them in the landscape of Hollywood, which was very poor, dirty . . . a shabby boulevard, which I like. . . . They are vulnerable because they have to resist, and it’s a difficult life in a way, but still they are very strong."