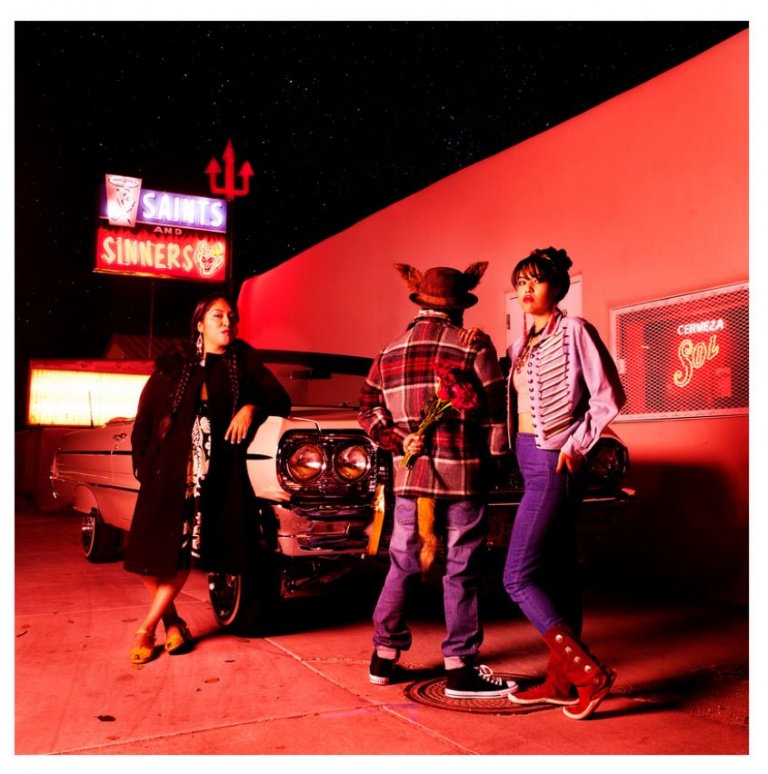 Born in Inglewood, California, Cara Romero was raised in Santa Fe, Houston, and the Chemehuevi Valley Indian reservation in the Mojave Desert. Romero pursued a degree in cultural anthropology at the University of Houston, but became disillusioned by portrayals of Native Americans in the field and so turned to photography.

The Coyote is a trickster in many Native American cultures and is seen here as a character attempting to woo two women with a bouquet of roses. The women, who look directly at the viewer, are the main subject of the photograph. Staged outside the Saints and Sinners liquor store and bar in Española, New Mexico, Romero casts friends and relatives to play specific roles in her visual stories. Each of her photographic series reference the intersection of contemporary life and Native American stereotypes. She explains that the intention behind her work “is to create a critical visibility for modern Natives, to get away from that one-story narrative, and to dig into our multiple identities.”