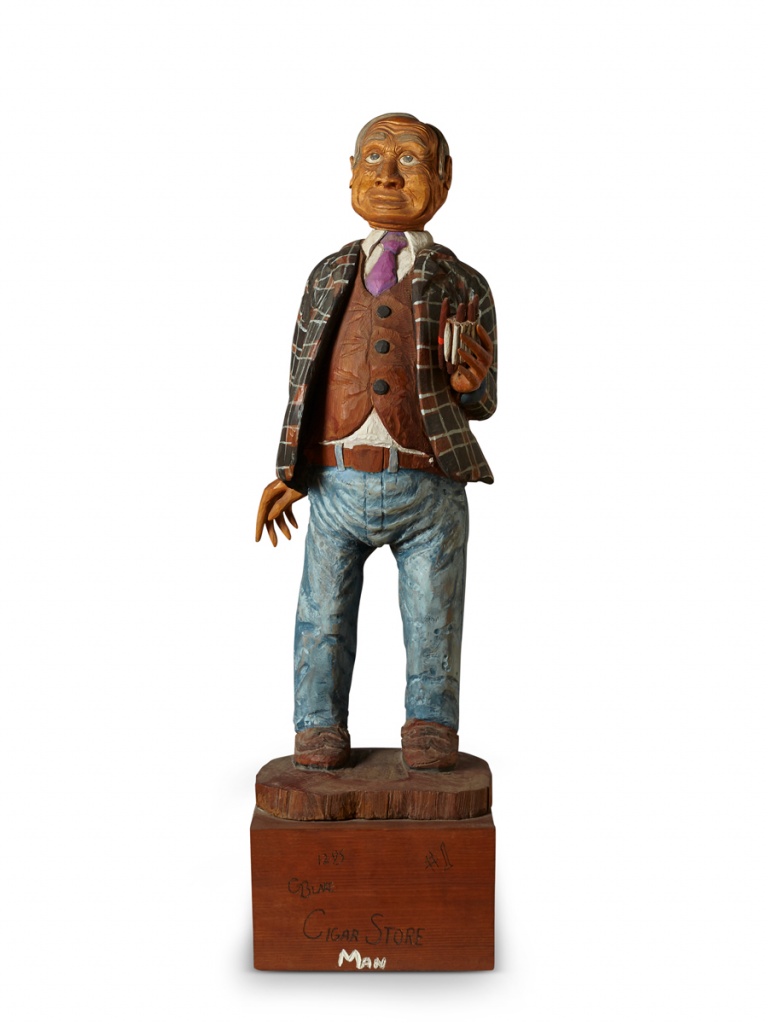 After a volatile youth and a three-year stint in the army, George Blake enrolled in the College of the Redwoods. He eventually transferred to the University of California, Davis, where he focused on ceramics and worked with Robert Arneson and Dale Chihuly. Blake continued his education by working with various tribal elders, including Homer Cooper and Dewey George.

Blake received a National Heritage Fellowship from the National Endowment for the Arts in 1991 for his revival of sinew-backed bows, redwood dugout canoes, elk-antler purses, ceremonial regalia, and other objects. He once remarked: "I wanted to do what the old people did ... I make elk antler purses, and make them as different as I want ... I mean, I could put elks on them, and all these other things and try to show skills an artist would. But I don't. I just like the way they were done a long time ago. And I just keep making them" (National Endowment for the Arts, 2019).

Blake is also known for the biting humor of his studio art, seen here in Cigar Store (White Man). Carved “Cigar Store Indians” appeared in front of American and European tobacco shops as early as the 1600s, reminding smokers that tobacco originated in the Americas and was first cultivated by Native Americans. Here, Blake humorously inverts this infamous stereotype by carving a “white” man. The wooden sculpture’s face was modeled after the American musician Mel Tormé; it’s thin and delicate hands reference the fingers of Balinese dancers. The figure’s generous stomach, tacky plaid jacket, and offering of smokes rolled in white papers, turns the tables on racial profiling.