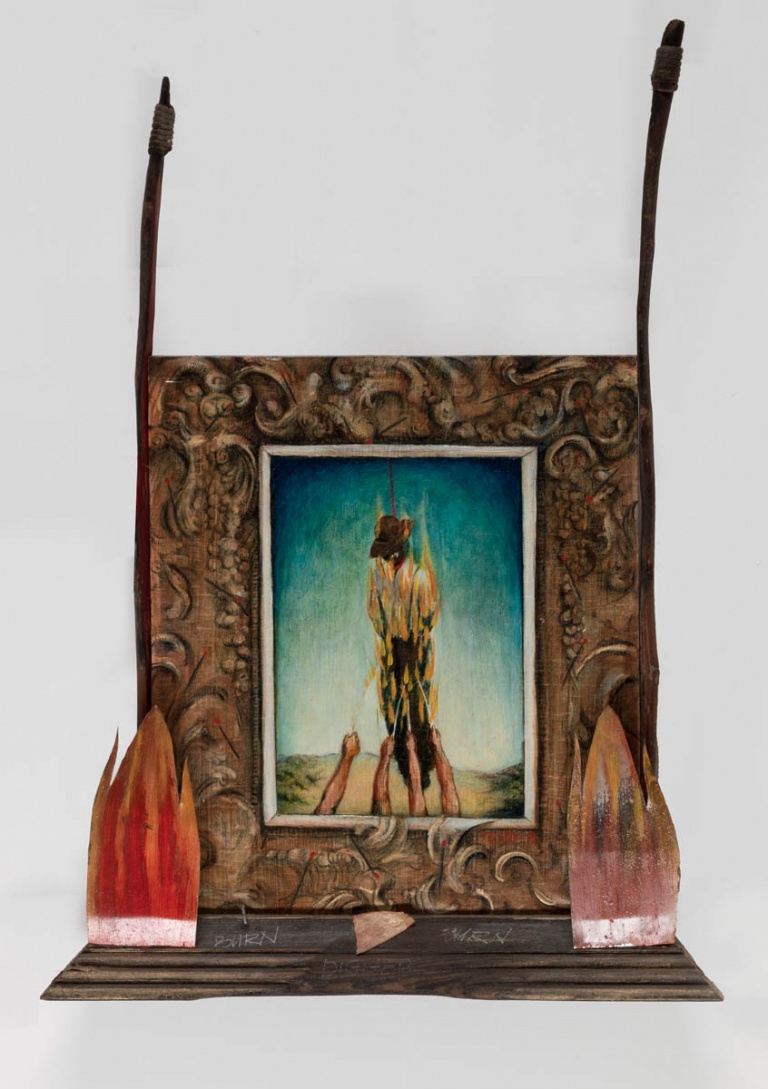 Frank Tuttle's art includes intimate paintings of ceremonial scenes and dancers, as well as small-scale constructions of painted and collage elements on the history of First Californians. Much of his work also reflects upon complicated identities.

This work recalls an act of First Californian sovereignty: the ceremonial burning of an effigy of a “digger” Indian on Sunday, April 20, 1924. “Digger,” a disparaging word used by settlers, was once even accepted as a tribal name. After the 1924 burning, the tribal name was changed to Miwok. At once an altar, private reliquary, and document of changing terminologies, the piece references the pain of a community’s history. The participation of community members who collectively reclaimed their dignity is evidenced by the many burned matches on the back.