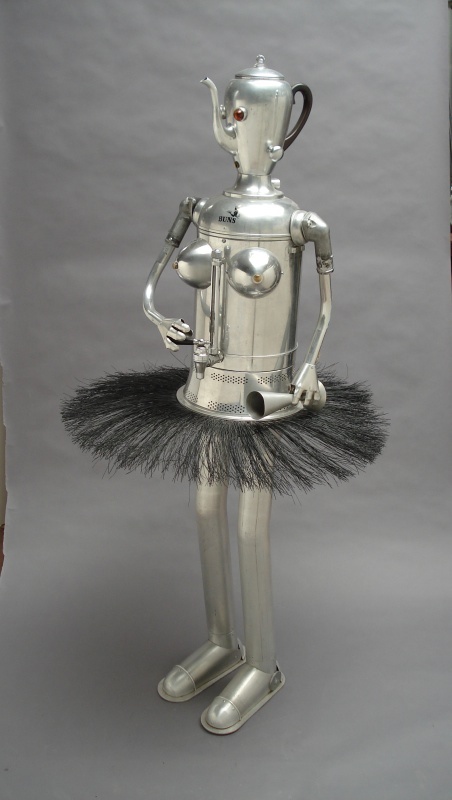 Clayton Bailey has always resisted tradition. While he trained with Toshiko Takaezu and became an accomplished ceramist, according to Takaezu, “He didn’t care what others were doing. He just wanted to express himself in his own unique, creative, bizarre and humorous way.”(1) Thus, California in the late 1960s was the perfect place for his irreverent wit. Bailey and his family found in the Bay Area a coterie of like-minded, California Funk artists. Unique among them, Bailey invented a world of wonders at his home and studio in Port Costa, a 40-year labor of creativity and personal vision.

Since 1976, Bailey has made robots out of found objects, scavenging flea markets and scrap yards for discarded appliances, cookware, and bicycle and car parts. According to Bailey, the past lives of the "mechanical molecules" of his robots give them their soul.