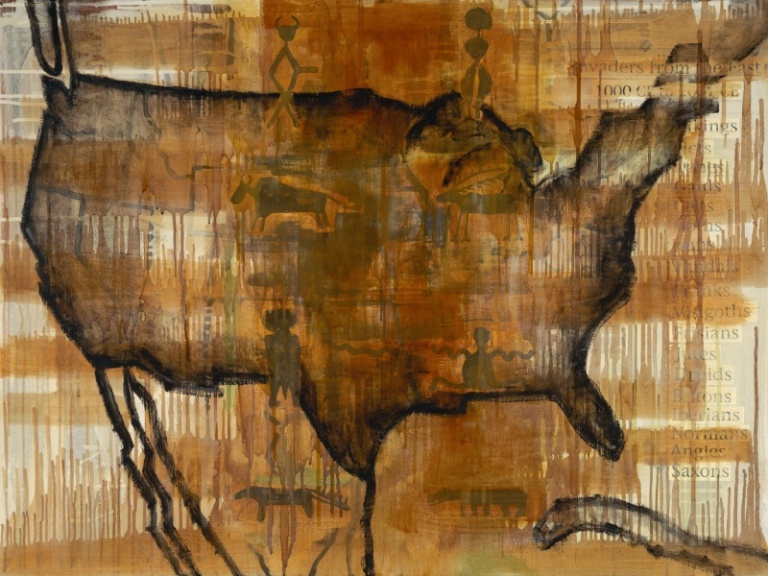 Jaune Quick-to-See Smith, artist and activist, offers political points of view in her paintings. The symbolic meanings she bestows on her paintings are often underscored by her use of materials. For the artist, who was raised on a Montana reservation, maps and Native American Ghost Dance subjects speak to personal identity as well as to cultural inheritance.

Browning of America addresses themes of cultural oppression and environmental loss. Here, Smith regenerates centuries-old petroglyphic markings, found carved in stone, to depict male and female figures along with the buffalo, antelope, and other animals that once roamed this vast, open continent. These overlay the modern definition of the United States, with the outlines of states and river systems faintly visible under translucent layers of paint. The inclusion of material cut from newspapers and magazines, which list the “Invaders from the East,” emphasizes the occupation of native lands by Europeans who displaced indigenous peoples. In effect, the drips and smears Smith creates become the veil of passing time and fading memory, formal choices emphasizing alternative viewpoints, but also aiming to encourage new dialogues regarding American history.