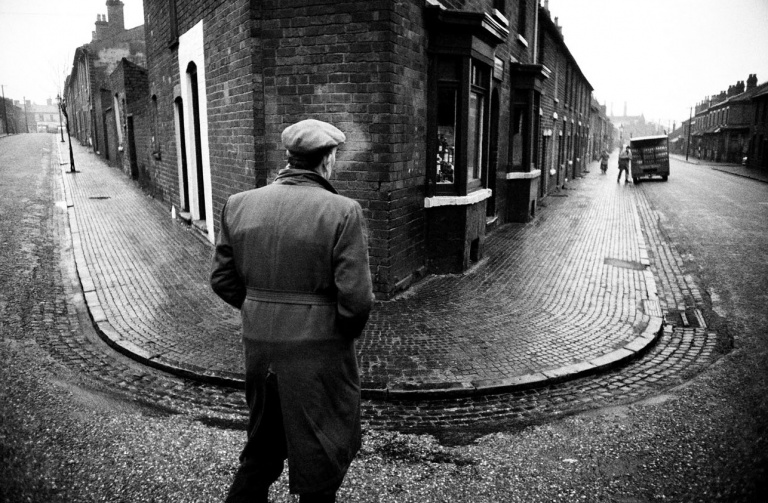 This image features a man in an historic industrial area in the West Midlands region of England. Seen from behind as he considers a fork in the road — the forced perspective and high horizon line forming an unsettling distortion — he appears to be at a metaphorical crossroads as much as he is at a literal one.