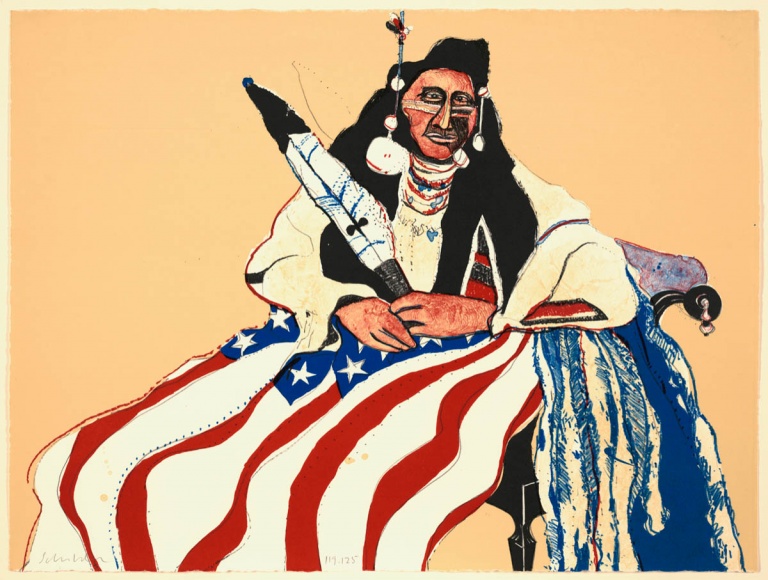 “I’ve always contended that whatever my current interests are, they show up in my work. This is not a conscious thing, but it has always been there. My life and my art are inseparable, and it is natural for me to express what I am involved with at the time.”(1)

What separated Scholder from other artists offering social critique was the isolation of the figure in his color fields. His paintings were emotional and meant to speak over time to universal values. With this process, Scholder exhibits the lessons of Bay Area Figuration and especially the influence of Wayne Thiebaud and Gregory Kondos, with whom he studied in Sacramento. Scholder’s sardonic wit registers only after we realize the pathos of his subjects.

This lithographic image was created shortly before the 1976 US Bicentennial. It depicts a seated American Indian with quilled hair and feather wand, and an American flag draped across his lap. The lithograph’s irony lies in its relationship to stereotyped images of Betsy Ross (1752–1836), who is said to have sewn the first American flag for George Washington in 1776, though there is no evidence that she actually did so. Ross did, however, sew flags during the Revolutionary War period and for many years thereafter.