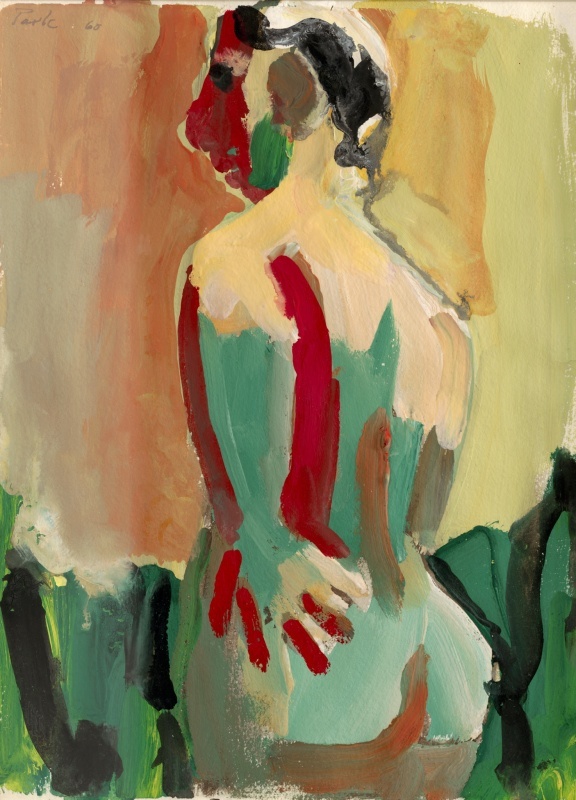 In 1950, David Park astonished his friends and colleagues with a seminal new painting, Kids on Bikes. It was a surprising work because Park was a non-objective practitioner of Abstract Expressionism, and the painting was clearly figurative. In it, Park continued to embrace gestural paint handling, but demonstrated his belief that a lack of subject matter now seemed forced, disingenuous, and rote. Park famously destroyed all his preceding canvases and started afresh.

Park’s stylistic break caused a stir among fellow artists such as Elmer Bischoff, who soon followed suit, adopting recognizable subject matter. In 1957, this return to representation in art would be recognized as Bay Area Figuration, widely regarded as Northern California’s most important contribution to contemporary art. Three years later Park was diagnosed with terminal cancer. He continued painting, adopting gouache on paper as his medium, and over a ten-week period produced more than 100 intimately scaled paintings, like this one, the last of his career.

Back of Nude expresses a solitary nude, one of Park’s major themes dominant in the final gouaches, in vague outdoor settings, such as this figure standing before a flower garden. Park’s figures were inspired by memory rather than direct observation, and retained a degree of generalization. Dabbed paint defines the nude’s features, and description gives way to contemplative emotional states buoyed by vibrant color and a spontaneous handling of paint.